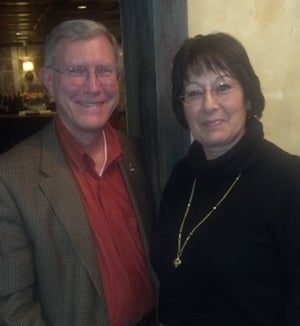 The shortcomings of privatization could not be more apparent than when local communities, states and regions are unprepared to deal with disasters. In New York, for example, the privatized utility company that provides electricity operated a deteriorating infrastructure and failed to have sufficient materials available so that essential services could be restored rapidly in the wake of Super Storm Sandy. The need for governments to invest wisely in disaster preparedness, response and recovery was the topic of discussion at a meeting attended by various labor and community leaders in Manhattan on March 7, 2013.

That same message was delivered the day prior at the United Nations by Rosa Pavanelli, the recently-elected General Secretary of Public Services International (PSI), a global labor federation of 650 unions in 148 countries and territories. Pavanelli stressed the importance of quality public services, and the need for inclusion of workers and their unions in designing and implementing effective disaster programs.

Michael Filler, Director of the Teamsters Public Services Division, met with PSI General Secretary Pavanelli during her trip to the US. The discussion focused on ongoing efforts to oppose privatization, labor difficulties with the Red Cross, and the importance of effective coordination amongst unions in helping communities manage through disasters.

“We need to put an end to the cycle of praising unionized public service workers during difficult times and castigating them afterwards with wage and benefit cuts and the contracting out of their jobs,” said Filler. “Politicians and the public at large should value our members as heroes every day, not only during times of disaster.”