ULH/Universal Intermodal Services has been misclassifying and abusing workers for years, putting profits before drivers at almost any cost. While corporate executives sit in their Detroit offices and prepare to brag about their profits in their April 29 shareholders meeting, Southern California port truck drivers are fighting for their basic rights.

ULH must respect drivers’ rights and bargain for a fair contract. As long as Universal continues to exploit and misclassify them, drivers will speak out and make sure that nobody can ignore Universal’s shameful and illegal behavior. As long as working people across California come together to expose Universal’s lawbreaking, the risks are higher than ever for ULH shareholders.

Just two weeks ago, truck drivers in Southern California went on strike to protest after years of misclassification and illegal firing. In solidarity, dockworkers with ILWU walked off the job to shut down one of the Port of LA’s seven major terminals. And now, we are taking the fight from the Ports to Universal’s boardroom.

Even before the pandemic, decades of misclassification and lawbreaking by companies like Universal Logistics Holdings left Port Drivers without the protections we need to stay safe on the job. Now the ports are busier than ever as we are keeping this country running. But we lost our friends and colleagues to COVID-19 because of the greed of private companies, denial of essential PPE, and deadly inaction from the Port Commission.

Edwin Cruz was a truck driver for 30 years, a husband, and a father to his 8 year-old son. He raised his voice to get the protections drivers need to protect them from COVID-19. But Universal Logistics Holdings’ affiliate Southern Counties Express failed to protect him. He passed away from COVID-19 on February 28, 2021 and leaves behind his son and wife. Today and every day, we organize in his memory. May he rest in power. 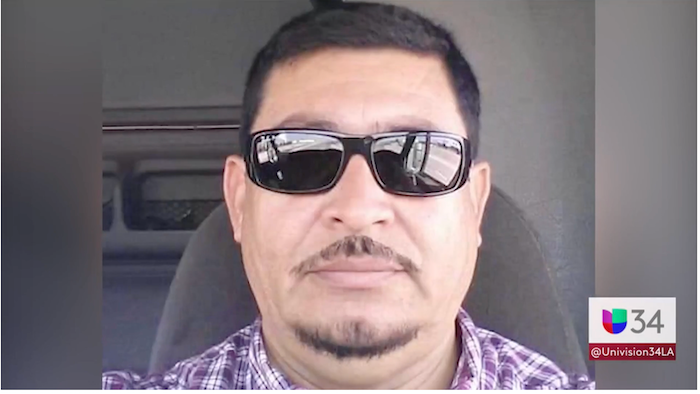