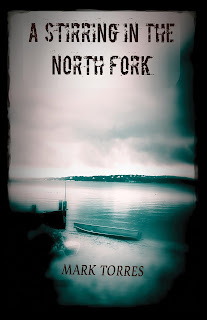 Mark Torres knows about the law. As general counsel for Local 810 for almost seven years, he's made a career of interpreting its meaning for the good of the Teamsters and its members. But now he's taken that knowledge and applied it to something else -- writing a novel.

The newly-minted author rolled out his first book this week, "A Stirring in the North Fork." It's a fictional story about an out-of-work attorney with union ties who stumbles across a  more than 40-year-old unsolved murder in Long Island, N.Y. The story takes place both in 1972, when the crime happened, as well as current time.

Torres said writing the crime drama gave him an outlet he didn't have before:

As an attorney, I write for a living. I love it, but there are rules for legal writing. Writing fiction was liberating.

He collaborated on the plot with his wife Migdalia Ortiz-Torres and she also helped with the editing process. While none of the characters are based on real people, he said he did borrow aspects of people he knows for those in the book. Torres notes, for example, that the protagonist Savoy Graves is a labor guy who becomes an attorney just like him.

It only took Torres three months to actually write the book, but getting it published was a whole other story. Ultimately, he decided to self-publish the book so he could get it out to the public. A printed or e-reader version of the book is currently on sale on Amazon.com. And he is already working on a sequel.