(WASHINGTON) – The 41 drivers and monitors with Illinois Central School Bus in Wilmington, Ill., have voted by an overwhelming 4-1 margin to join Teamsters Local 179 in Joliet, uniting for respect and fairness in their workplace.

“I think it’s fantastic that we stepped up so we can have a voice as Teamsters,” said Dala Watson, a driver. “We’re hoping to change the fact that we have no seniority and to get fair pay. We have an important job carrying children, and to have backing and security now means a lot to us.” 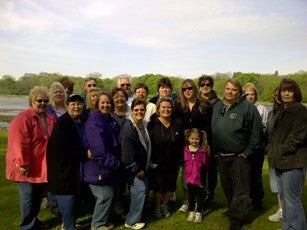 Lorraine Sawyer has worked in the school bus industry for 14 years and is excited to see a change in her working conditions in Wilmington.

“We’ve needed this for a while. I think things are going to be fair for us now,” said Sawyer, a bus monitor for children with behavioral disorders.

“We’re proud to welcome yet another group of Illinois Central workers to Teamsters Local 179,” said Tom Flynn, President of Local 179. “We’re not going to stop until every Illinois Central and every school bus worker in our area has the representation and the respect that they deserve.”

“Congratulations to the workers on their victory and for taking an important first step to improving their working lives,” said John T. Coli, Teamsters International Vice President and President of Teamsters Joint Council 25.

Illinois Central school bus workers will vote in their Teamster elections in Channahon (May 9); Waukegan (May 10); and Mt. Prospect (May 11).

Illinois Central is the fifth largest private school bus company in the United States, operating a fleet of more than 3,400 school buses, vans and other student transportation vehicles.

The victory is the latest in an effort to organize private school bus and transit workers across the country. Drive Up Standards is a national campaign to improve safety, service and work standards in the private school bus and transit industry. Since the campaign began in 2006, more than 34,000 drivers, monitors, aides, attendants and mechanics have become Teamsters.

For more information on the Drive Up Standards campaign, go to www.driveupstandards.org

Founded in 1903, the Teamsters Union represents 1.4 million hardworking men and women throughout the United States, Canada and Puerto Rico. Visit www.teamster.org for more information. Follow us on Twitter @TeamsterPower.