Local 14 in Las Vegas recently fought back a company-led smear-campaign and ultimately won new strength for their unit of Coca-Cola employees.

The Las Vegas Coca-Cola facility, the largest distribution center for Coca-Cola products in the state, has been a Teamster shop for many years. All of the more than 105 warehousemen, mechanics and drivers are members of Local 14 and they work hard to deliver Coke products to big box stores, grocery stores, convenience shops, restaurants and the mammoth casinos that tourists flock to. 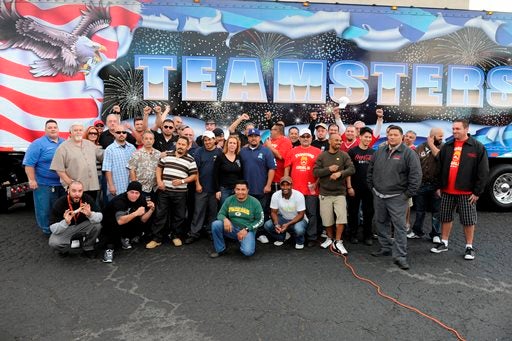 So it was a surprise when, after so many years of strong representation, that managers at this Coca-Cola facility decided to go after the rank-and-file workers. Their plan was this: Rile up employees with the promise of overtime work, but blame the union for not allowing it to be implemented. The company even offered an employee a job in another department in exchange for that employee filing a complaint and decertification claim.

Unfortunately one employee did take the company up on their offer. Soon after this, the company mounted a very aggressive anti-union campaign. They pulled out all the stops by having one-on-one meetings with employees and bringing in corporate-paid union busters.

“Once this company scheme got started, we immediately filed unfair labor practice charges against Coca-Cola,” said Al Ghilarducci, President of the local. “I had been the business agent for this unit so I knew the guys well. Our team at the local met with our stewards at the facility and it was apparent that this whole plan was company led and not a result of rank and file dissatisfaction with the union.”

An election was held soon after the management scheme was in play and the vote to keep the union was a landslide.

A strong majority of the Teamsters stood up against management’s plan. One of them was Dennis Kszternak, a Coca Cola employee and Teamster member for 34 years. “The company threw everything they had at us,” Kszternak said. “Our local union business agents were at the plant for every shift and showed us the commitment of Local 14.  Each and every one of us stuck together through this trying time. We are proud to be called Teamsters.”

“We have a strong contract which doesn’t expire until 2014,” Ghilarducci said. “I know that our members back us and we will continue working hard to ensure that the contract terms are enforced. Companies like Coca-Cola are always looking for ways to marginalize the union, or get rid of us entirely. But we are stronger than that. “

“The company forgot that it has been the hard work of the Teamsters that has kept them the number-one soft drink brand in the U.S.,” said Dave Laughton, Director of the Brewery and Soft Drink Workers Conference. “We are already making preparations for bargaining the next contract at this facility.”

“This was a test—a test on the resolve and strength of our members at Coca-Cola,” Ghilarducci said. “I am proud to say that we won!”