(BUFFALO, N.Y.) – Early this morning after 21 hours of negotiating, Teamsters Local 375, which represents the 400 EMTs and paramedics working at Rural/Metro medical services,  reached a tentative agreement for a new 4-year contract that includes a wage increase and benefit improvements. The employees will vote on the tentative agreement soon, but have reported back to work effective immediately.

“Our members are proud to be serving the community of Buffalo,” said Kevin Drysdale, President of Teamsters Local 375. “Because of the important work they do as first responders, we needed to secure an agreement with good wages and working conditions.” 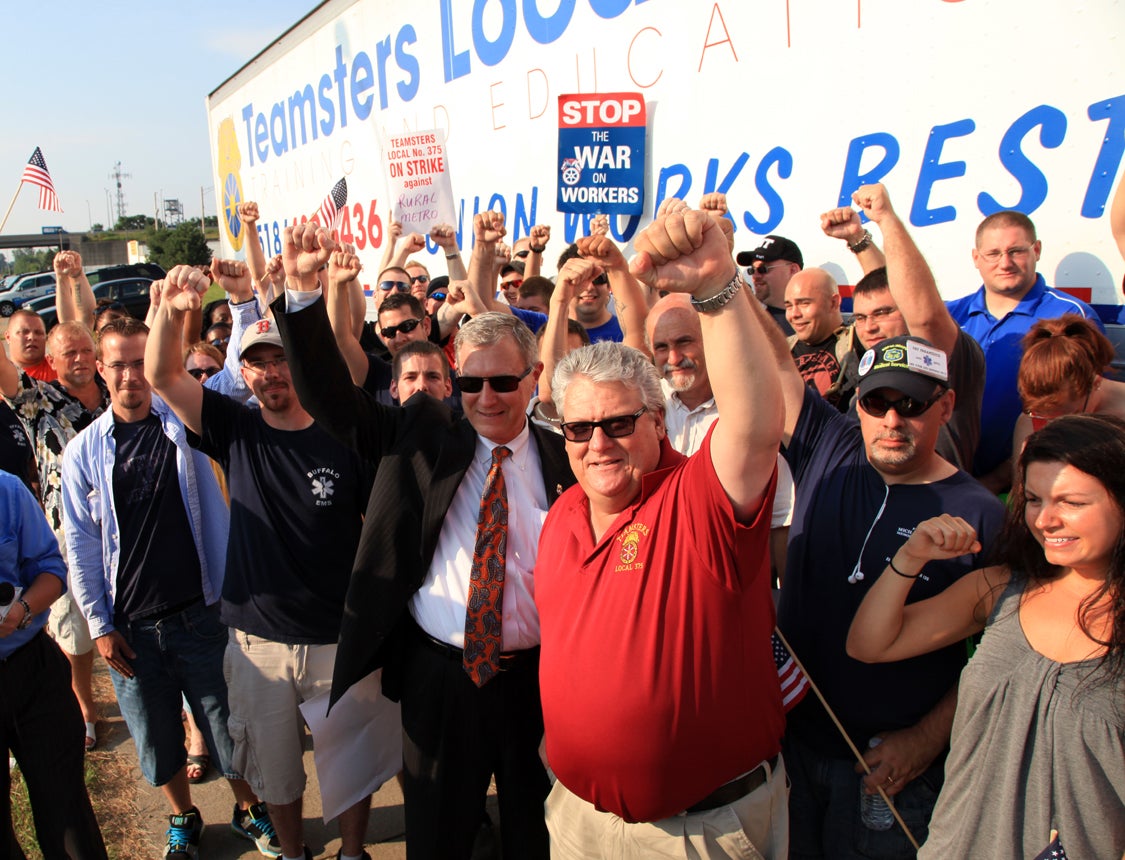 “The citizens of Buffalo are my neighbors and my friends, and I am pleased that we won a fair tentative agreement with Rural/Metro,” said Dennis Wellspeak a 20-year employee. “To think that Rural/Metro was at one point offering higher hourly wages to temporary workers was quite a shock, but we fought hard to win a new agreement that respects us.”

Erie County executive Mark Poloncarz had expressed his concern about the strike saying, “What if Rural/Metro brought someone in to do the work from Kentucky or Ohio – how would they know the city streets? This is not in the best interest of this community. The public safety of all Erie County residents is of utmost importance to my administration.”

Negotiations for a contract with Rural/Metro had garnered the attention of state Sen. Tim Kennedy, D-N.Y., who wrote, “I urge you [Rural/Metro] to consider a fair offer which reflects the important work these brave and dedicated first-responders provide our community every day.”

“The support from area unions for the Teamsters at Rural/Metro was remarkable,” said Richard Lipsitz, president of the Western New York Area Labor Federation. “This agreement is a victory for decent wages and working conditions.”

The tentative agreement will be voted on by Local 375 members in the next few days.