(Carson, Calif.) Port truck drivers at the Port of Los Angeles lead a march back to work to return to their jobs following a 24-hour Unfair Labor Practice strike on Monday against their employer, Green Fleet Systems (GFS). The drivers, who struck to protest harassment and intimidation by company management, had hundreds of people turn out at a rally to support their plight. View more photos from the rally, here. 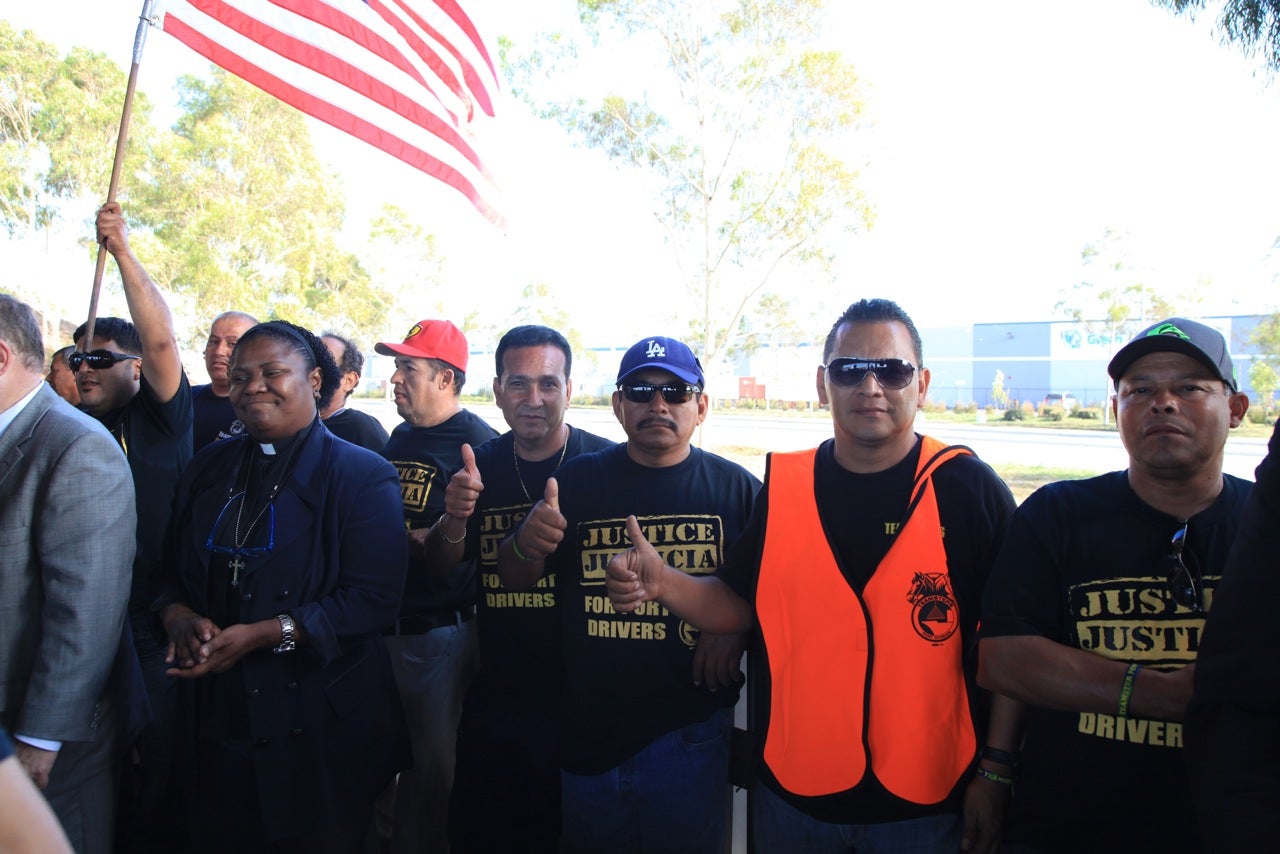 Representatives from labor, faith and community organizations rallied to show their support for the port drivers who are continuing their fight against GFS, which spent hundreds of thousands of dollars on union busters. Randy Cammack, President of Teamsters Joint Council 42 and Secretary-Treasurer of Local 63 spoke in support of the drivers’ stand.

“For too long port drivers have been treated unfairly and it is time to take a stand,” Cammack said. “These giant corporations must stop exploiting these workers and cease their intimidation tactics. Everyone deserves respect on the job and an opportunity to provide for their families.”

“In the past, GFS management had been very racist towards many of us,” said Francisco Valencia and 12-year veteran port driver who has been with GFS for four years. “They screamed at us and humiliated us in front of everyone. The working conditions and the way that we are treated is not just. We deserve to be treated as human beings.”

Valencia, age 58, immigrated to the United States from El Salvador in search of better opportunities for himself and his family. He works every day to support his family, paying his son’s college tuition so he may have a chance at a better life.

While on strike, port drivers set up picket lines at the Green Fleet warehouse in Carson, Calif. Teams of strikers in cars are following Green Fleet trucks and picketing them when they deliver at customer warehouses and distribution centers — including Skechers’ state-of-the-art national distribution center in Moreno Valley, Calif.

The port drivers are, for the first time, joining the ranks of workers fed up with being abused by powerful corporations.  Corporate greed is turning America into a Third World country of exploited workers who don’t earn enough money to afford food, clothing and rent. The Los Angeles port truck drivers’ strike precedes a national fast-food workers strike planned for Thursday, and more job actions are expected in the coming weeks. 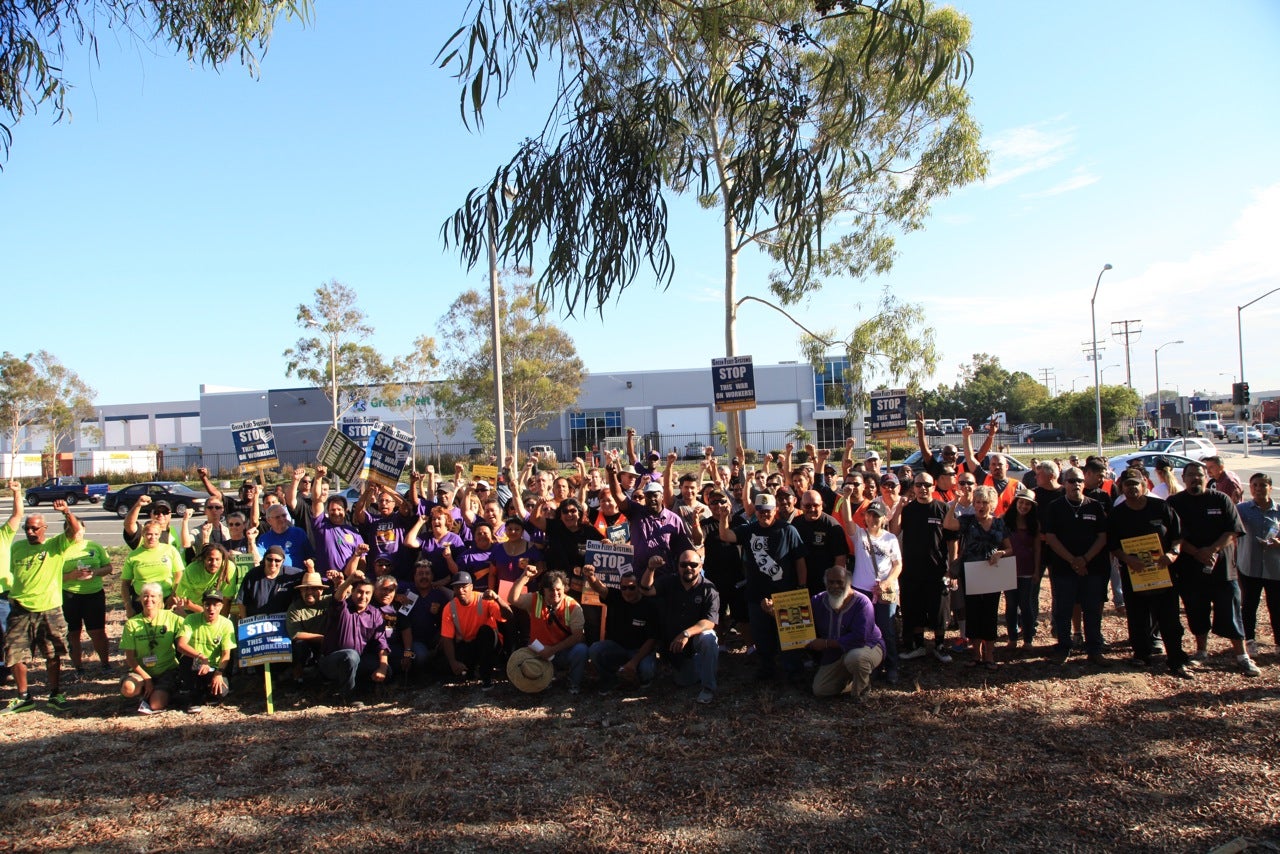 Though the Green Fleet drivers are employees, the vast majority of port truck drivers across the United States are misclassified as “independent contractors” and don’t have the same right as employees to form a union. Companies also misclassify employees to avoid paying taxes, to shift business expenses to drivers and to avoid paying drivers for all hours worked. Misclassified drivers in California have brought the fight to the boss by filing wage and hour claims estimated to amount to millions in stolen wages.