Affiliated with Teamsters Local 922, the association, www.dctaxidrivers.com, is a powerful, united voice for the more than 6,000 taxi cab drivers in Washington who are independent owner- and lease-operators. 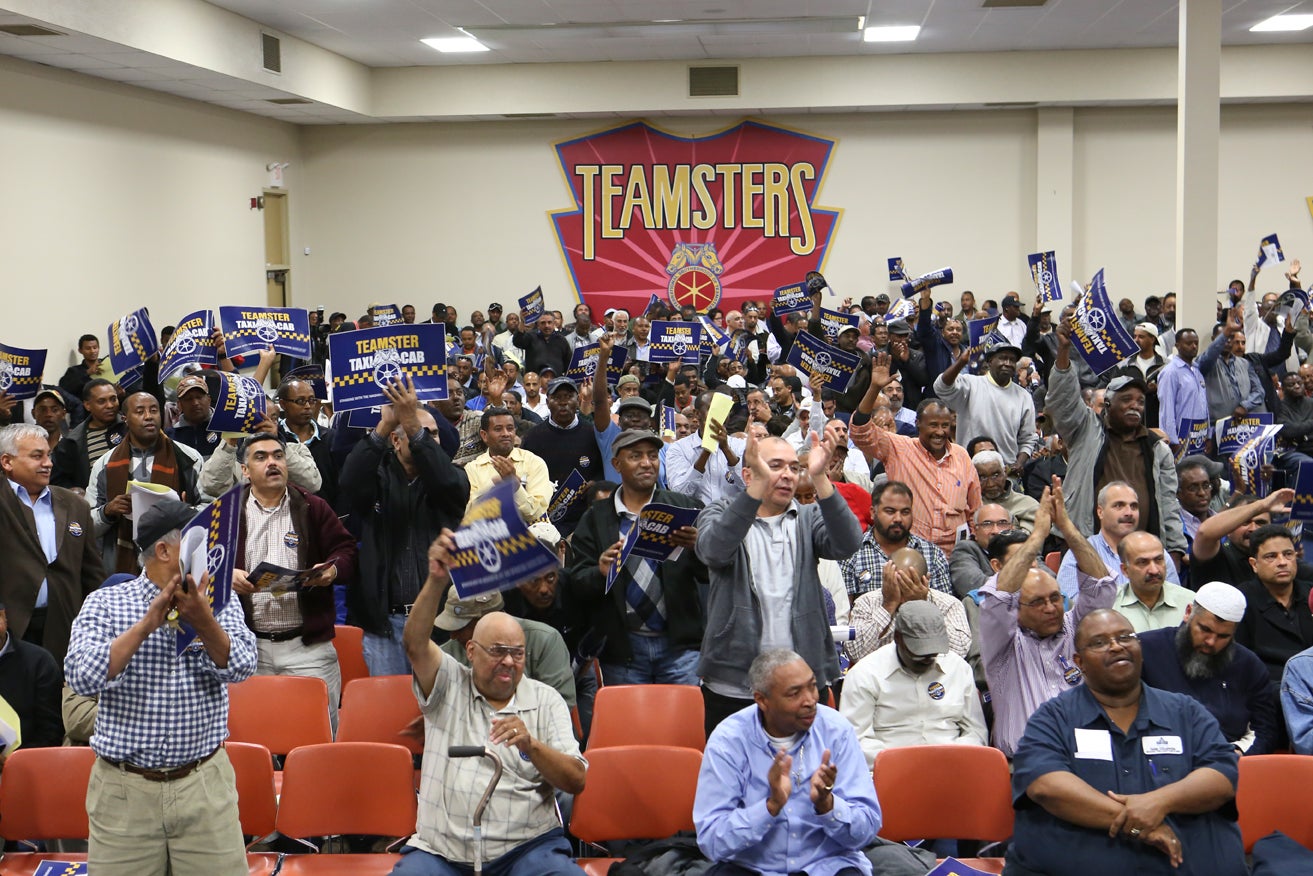 “The turnout today shows that taxi drivers in Washington, D.C., are angry and fed up by the lack of communication and input they have regarding the policies that affect their lives every day,” said Ferline Buie, President of Teamsters Local 922. “We may not win every battle, but we will fight for all the association’s members to make sure their voices are heard.”

The drivers adopted provisional bylaws for the organization and voted to officially affiliate with Teamsters Local 922. They also viewed a video greeting by Teamsters General President Jim Hoffa.

Drivers initially approached the Teamsters in late September after the city imposed confusing and costly regulations without their input. For example, new required dome lights cost about $450, double what drivers were initially told. Also, service fees and transaction fees for new credit card machines are burdensome, and vendors are taking a very long time to pay drivers.

“We are united and we saw that today with this huge crowd in the Teamsters hall for our first formal meeting,” said Addis Gebreselassie, who has driven a cab in D.C. for the past 12 years. “The Teamsters will help us have a say before the regulations are imposed by the city. With our association with the Teamsters, we are in good hands.”

Last year, Teamsters Local 117 in Seattle organized more than 500 taxi drivers into the Western Washington Taxicab Operators Association. The association works closely with the union and has improved working conditions for taxi cab operators throughout the Seattle area. In D.C., drivers’ response to the new association has been tremendous. In the first three weeks of getting the word out, more than a thousand drivers signed up to join.

“I’ve been driving a cab part-time since 1962, so I know that this association with the Teamsters is badly needed for the drivers,” said Stan Tapscott, a member of the D.C. Taxicab Commission for the past decade and supporter of the association. “The association will help educate drivers about the policies imposed by the city and it will stand up for drivers. The association will also help us get more representation on the taxicab commission.”

Drivers do not oppose fair regulations, but the way in which the regulations have been imposed—with a lack of driver input—has been unfair. Already struggling to make ends meet, the average driver earns just $25,000 to $30,000 a year. Many work seven days a week and 16-hour days are not uncommon. Drivers must make car or lease payments and pay for repairs and maintenance. They spend as much as $40 per day on fuel and $100 or more per month for auto insurance.

Founded in 1903, the International Brotherhood of Teamsters represents 1.4 million hardworking men and women throughout the United States, Canada and Puerto Rico. Follow us on Twitter @Teamsters and use #dctaxi to track updates. “Like” us on Facebook at www.facebook.com/teamsters.