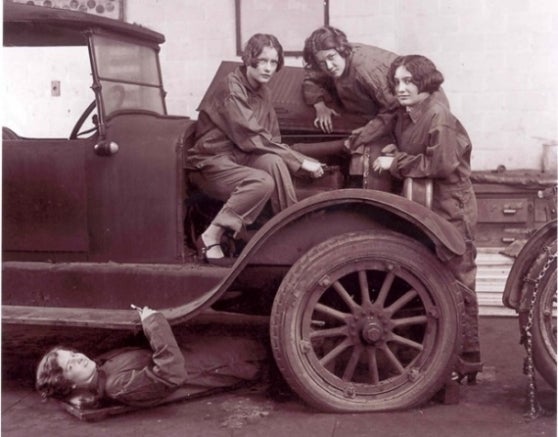 The war brought about unavoidable social changes. New inventions and technologies included both marvels and horrors, and seemed to emphasize and quicken the pace of the world’s move into the “modern age.” Industry was changing across the globe and, in order for the U.S. to stay competitive, Tobin was asked by President Woodrow Wilson to study production efforts. Due largely to his relationship with Wilson and growing stature at the AFL, Tobin became a national figure during this time; as a result, he became more than emboldened more than ever before to advance the union cause in the name of reform.

By summer 1918, the U.S. was sending 10,000 fresh soldiers to France every day. As union men went abroad as combat soldiers or support personnel, Tobin encouraged women to join the union and take over the jobs that they left behind. Tobin increased organizing efforts of Teamster women and provided them with the skills needed to keep the union running smoothly during the war. Tobin oversaw the training of women in the motorcar and motor truck industries, recruiting an army of female truck drivers to transport supplies at home.

Teamster women would show their Teamster power by playing a crucial role during WWI. With the great flu epidemic of 1918, Teamster women found themselves doing much more than keeping the home fires burning. Under Tobin’s leadership, women truck drivers transported medicine and supplies to hospitals and rural areas. These women would complete a day’s work, then pick up supplies to deliver to farm families. At each stop they would help with chores and get the family settled before moving on to the next stop.

As a tribute to the tremendous efforts of women and minorities in the war, Tobin sought to commend them for their service by continuing his push for wage equality. Wanting to leave no question that the Teamsters were strongly supportive of civil rights, the Teamsters adopted “equal pay for all” as their union slogan at the 1919 Convention.

Tobin recruits Secretary of War Newton D. Baker to write an op-ed in the December issue of the International Teamster.

THE SPIRIT OF LABOR

When the story of America’s participation in the war comes to be written the formation of our great army, its transfer across the seas and the heroic battles in which it engages will no doubt be given the most impressive place, but the wise historian will analyze the causes which made these things possible, and high among them he will find the patriotism and zeal of American labor.

Labor has brought from the mines and fields the raw materials upon which our war industries have had to depend; it has manned the workshops and factories in which those materials were fashioned into articles necessary for the equipment and supply of the soldiers; it has operated the trains and manned the ships which carried the soldiers and their supplies to the field of conflict; it has rested under the army as a firm foundation; and in the mobilization of our natural resources it has brought itself together in a spirit of service without which our financial and military efforts could not have gone forward. 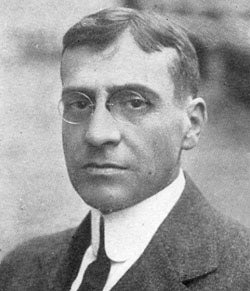 This splendid co-operation on the part of labor in America has been free and voluntary; the spirit which produced it is fundamentally the democratic spirit of our institutions, the establishment of which is the reason and justification for American’s participation in the war.

But labor’s part in this war has not been limited to the industrial side. It has given to the army both for technical service and for soldier duty tens of thousands of its craftsman and workmen. Those who could not be spared have been kept at home, often against their wishes, and those who have remained at home have taken on the additional tasks of those who went to the front in order that the great industrial basis of the military establishment should be sound and strong.

The country hails its army abroad and its army at home as partners in the great conflict which America is waging for freedom.