In October, Tobin married Irene Halloran. Prior to 1922, Tobin lived in a $2.50 a day room at the Indianapolis Grand Hotel. For many years, the room served as his home away from home when he worked at the Teamster headquarters. Marrying Irene would allow Tobin the chance to put down some roots after more than a decade occupying his small room at the Indianapolis Grand Hotel. Life in Indianapolis no longer seemed a waiting game for his return home to Boston. Irene looked after son Joseph and daughter Katharine, the two youngest of the Tobin children, and joined the General President at union functions and political dinners with good friends John Gillespie and his new wife, Anne _ Gillespie, a founding member of the stenographers.

Tobin has finally restored balance and happiness to his life. In public, he boast about his children in college with the same pride as he boasts the IBT’s growing membership and sound treasury. that he is the father of a college graduate after eldest son John earns his degree in the spring of 1922 from Boston College. Katharine, John, Frank and Fred will all attend too. 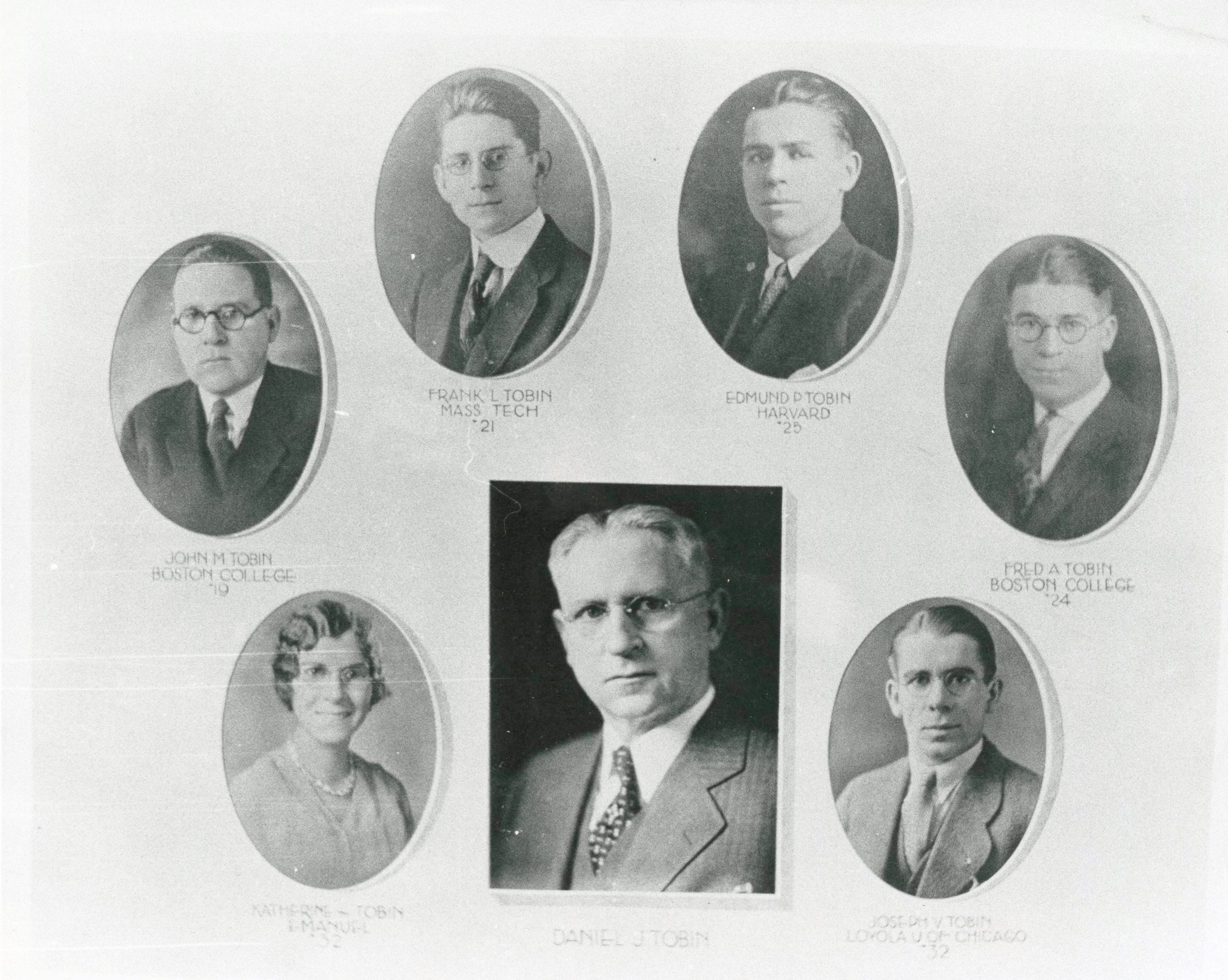 Jurisdictional agreements broaden the scope of the Teamsters, improving the lives of more dockworkers who load goods. It is agreed that all goods loaded on and off trucks will be handled by Teamsters; loading on and off ships will belong to the dockworkers.