Sister Marie Torres is going back to work. The Waco, Texas UPS package car driver has just been reinstated with full back pay, benefits and seniority.

And she’s not alone.

Brother Muhammed Farhan, a part-timer who was discharged in April of 2016, also got his job back at the UPS Dallas center. Torres and Farhan are members of Teamsters Local 767 in Ft. Worth, Texas and they both filed grievances against UPS for wrongful termination.

What makes the stories of Sister Torres and Brother Farhan so similar – and disturbing – is that their terminations were clearly an attempt by the company to crackdown on union activity and the grievance process.

“These are both significant victories for our UPS members and, frankly, for UPS Teamsters nationwide,” said John Shorts, President of Local 767. “By discharging our sister and brother in these two cases, it was clearly the intent of the company to create a chilling effect among our members who file grievances in accordance with their rights in the National Master Agreement.”

Both Sister Torres and Brother Farhan were discharged for alleged dishonesty. But the only thing dishonest that the arbitrator found was management’s agenda against Teamsters who file legitimate grievances.

Sister Torres, a 21-year UPS employee, was fired in 2015. Local 767 Business Agent, Brother Chris Gourley, helped her file a grievance and eventually brought the case to arbitration. While UPS cited Article 52 in arguing that she was fired for dishonesty, the union proved that the company’s baseless accusations were in fact related to her union activity, including supervisor-working grievances she had filed.

“This is not just a victory for me, it’s for all of us,” she said. “Thanks to the membership and the dues we pay, the process works and we were able to win this case.”

Sister Torres’ case is a reminder of how arduous the arbitration process can be. Local 767 remained steadfast in fighting for her until she got her job back with full back pay along with all the benefits and seniority she would have accrued since her December 2015 termination. 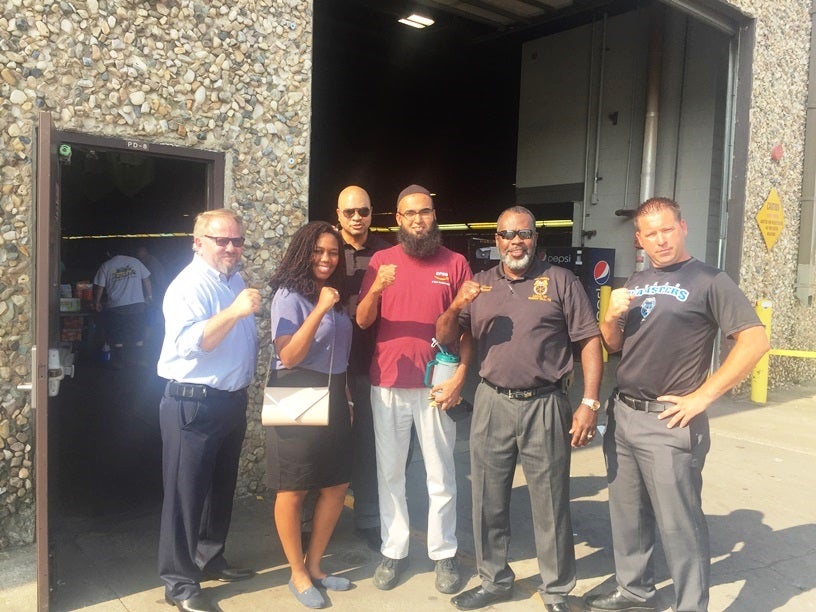 Brother Farhan, a 15-year part-time UPS employee, was similarly discharged in 2016. The company cited Article 52 and accused him of filing dishonest supervisor-working grievances.

UPS also said Brother Farhan lied during a management-run investigative meeting. He was subsequently discharged and filed a grievance. Local 767 Business Agent, Brother Ray Bell, fought the case all the way through arbitration.

The company produced a number of witnesses to make statements that Brother Farhan lied about the facts in the grievances he filed. Union steward Sister Veronica Mangrum testified that at least one of those witnesses was coached by management before making a statement.

“What became clear in Brother Farhan’s case was that the company was singling him out for what it saw as a high volume of grievance filing at the Dallas facility,” said Sister Courtney Shorts, a Local 767 business agent and attorney who, along with outside counsel Rod Tanner, presented Brother Farhan’s case to the arbitrator.

“Unfortunately the company’s actions have had the intended effect of reducing the number of grievances filed – people were scared because they saw what happened to Brother Farhan,” Bell added.

Before even looking at the merits of the case against Brother Farhan, the arbitrator took issue with the company’s procedures in investigating and terminating him.

UPS Labor Manager Sergio Castro essentially played the role of judge, jury and executioner. He was listed as the company officer filing charges against Brother Farhan as well as the lead officer gathering evidence, witnesses, determining culpability, and accessing discipline.

“The evidence of record did not reveal that the grievant was provided a full opportunity to tell his side of the story or to make his case – to include questioning his accusers – prior to the decision to assess the discipline. The investigation by the company did not even approach the usual standards of investigatory proceedings that require a thorough, fair and impartial investigation,” the arbitrator wrote in his decision.

Thanks to Local 767, Brother Farhan will have all discipline expunged from his record. And like Sister Torres, he will be reinstated with back pay, seniority and any other fringe benefits he would have earned during the time he was out of work. The company will also be reimbursing Brother Farhan for out-of-pocket medical expenses he incurred during that period.

“I’ve never lied on my grievances and I never asked anyone to lie,” Brother Farhan said. “I believe that when supervisors steal our work it hurts my colleagues as well as me. It’s not fair.”

The victory in Brother Farhan’s case is especially significant as it addresses two common problems at UPS: retaliation for protected union activity as well as violations of due process and ‘Just Cause’ in discharge cases.