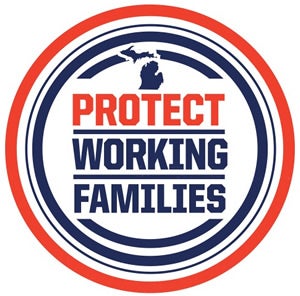 The Greatest Generation won two World Wars, put a man on the moon, built the interstate highway system and created the most dynamic economy on earth. Between 1946 and 1973, the U.S. economy was a powerhouse. The middle class grew strong and millions of Americans rose out of poverty. The words “Made in America” meant something—something the world envied.

Those important rights should be protected as part of the state constitution. I urge Michigan voters to support the Protect Working Families initiative on the ballot in November.

Collective bargaining built America’s great middle class after World War II. It created a virtuous loop that strengthened the American economy. Workers bargained for better wages and benefits. Their spending fueled even more manufacturing and even more jobs. Collective bargaining allowed employers and employees to negotiate their differences productively, to work together to solve problems, to find efficiencies and to build better products.

We’ve already seen what collective bargaining did to help save the auto industry. Auto management and auto workers negotiated to make historic changes in production, pay and benefits. Since then, productivity has increased, government loans have been repaid and sales have soared. That couldn’t have happened without collective bargaining.

Voting Yes on 2 to protect collective bargaining rights should be a no-brainer for Michigan voters—because it’s good for all of us.