(WASHINGTON) – Today, United Airlines (UAL) professional aviation mechanics represented by the Teamsters Union held informational pickets at 10 major airports around the country. United Airlines mechanics are informing the public that they may be forced to strike if the company refuses to keep its promise to reinstate the workers’ pension plans. View more photos from the rally, here. 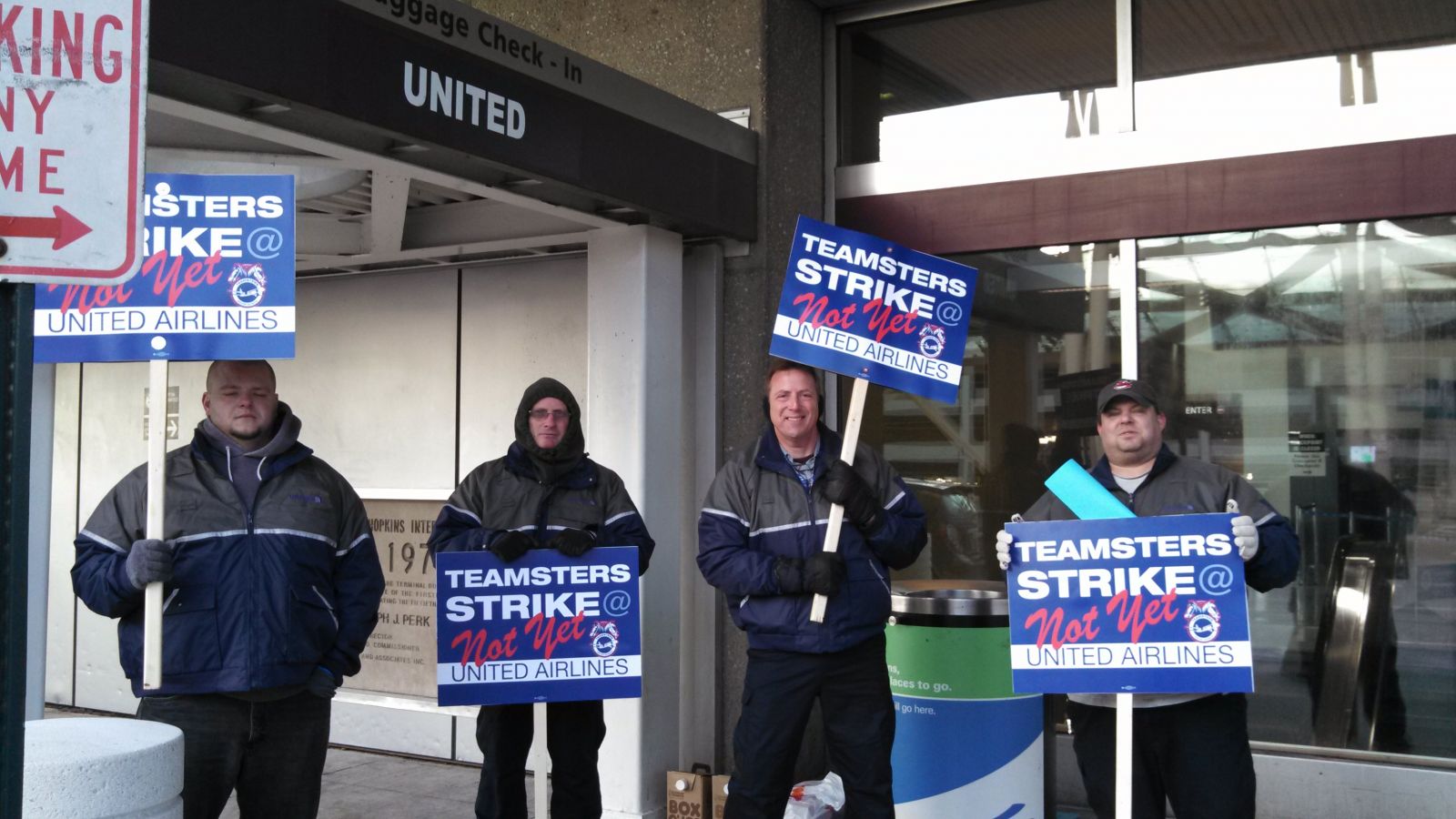 In 2005, UAL took away the pensions for 11,000 professional aviation mechanics, but promised when the company’s financial situation improved they would get their retirement plans back. UAL has since rebounded and is reporting hundreds of millions in profits. The second quarter of 2013 saw UAL earn its highest revenue in history. After a year of stalling, UAL executives broke off contract negotiations without agreeing to the pensions they had promised, and declared that 3,500 mechanics will be forced to pay an additional $300-$500 each month for their health care.

“We weathered the storm with United Airlines when times were tough and now they want to leave us out in the cold,” said John Lauren, 24-year UAL mechanic at San Francisco International Airport and member of Teamsters Local Union 856. “It is insulting that United Airlines is asking me to pay an extra $300-$500 each month for my health care when the company brought in record profits last year. What happened to us being in this together?”

Informational pickets were held at the following airports on Monday, Nov. 25th:

“We decided to hold informational pickets around the country because we think United’s customers should know how the workers are being treated,” said Clacy Griswold, Airline Division International Representative for the International Brotherhood of Teamsters. “These mechanics are keeping United customers safe every day and they simply want the pensions they were promised.”

The Teamsters Airline Division represents about 80,000 workers in all segments of commercial aviation, including pilots and flight attendants. The International Brotherhood of Teamsters was founded in 1903 and represents more than 1.4 million hardworking men and women in the United States, Canada and Puerto Rico. Visit www.teamster.org or www.teamsterair.org for more information. Follow us on Twitter @Teamsters and “like” us on Facebook at www.facebook.com/teamsters.