1912 proved to be a landmark year for the IBT. Following Tobin’s return from the British Trade Congress, the union found itself the beneficiary of a changing world. This was an exciting time for the Teamsters—full of possibilities for the future.

In 1912, at the request of the Democratic Party, Tobin campaigned for Woodrow Wilson in Indiana and in adjoining states. Wilson’s record as New Jersey Governor made him a friend of labor. Tobin considered him to be an honest and well-educated man, who had defied both anti-labor Republicans and his own party’s crooked machine known as the “Nugent Gang,” which operated as a mini-Tammany Hall. 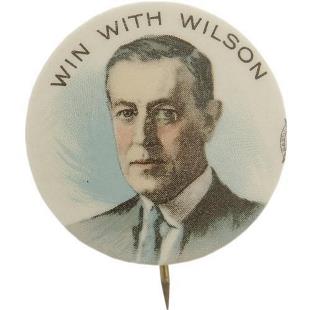 Tobin’s support of Wilson would turn the Teamsters into a powerful figure on the national political stage and, in the years that followed, bring Tobin and the union new opportunities to expand their reach and influence.

Early in his presidency, Tobin realized the role of technology and the need for the Teamsters to adapt to the radically-changing freight industry. Recognizing the trend to motorization as more than a passing fad, Tobin sought to train and organize a new workforce to drive and operate the new form of transportation.

By 1912, the wave of the future was fully realized when a group of Teamsters from the Charles W. Young Company in Philadelphia drove off on a mission that would not only change the very basis of the union, but would earn a place in the industrial history of the United States. The five man crew of drivers set out from Philadelphia with three tons of Parrot Brand Olive Oil Soap, and headed for Petaluma, California, marking the first transcontinental delivery of goods by motor truck.

By the time they reached their destination 91 days later, the Teamsters Union had caught the attention of the country and set a historic precedent. This first transcontinental delivery by motor truck would serve as the inauguration of a new era in the transportation of merchandise, and the Teamsters had secured themselves a place as leaders of the transition. As a result of that event and other similar experiences, the union became a staunch advocate for improved roads and driver safety training as efforts increased to organize workers in the newly-forming motor truck industry. 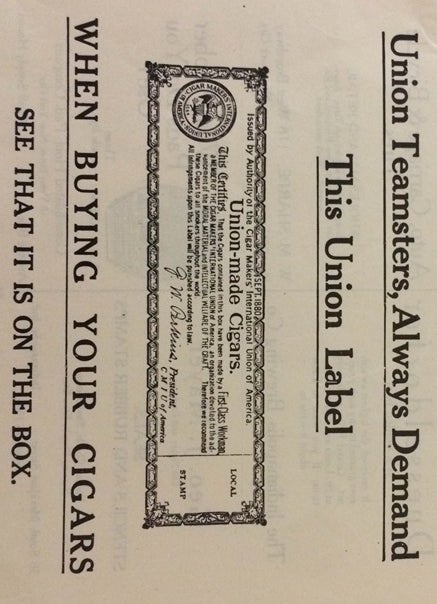 In an effort to promote union goods and services, Tobin announced at the 1912 convention in Indianapolis that all future Teamster meetings and conventions would – as much as possible – use only union labor, products and services.

Tobin’s new rule for the Teamsters would spread throughout the labor movement and set a precedent that is still in place by unions today. Also at this time, Tobin would become more vocal in his push for members to become more active in the community, both politically and socially. In the years that followed, Teamsters everywhere would take Tobin’s idealism to heart and lead the way for social and political change.